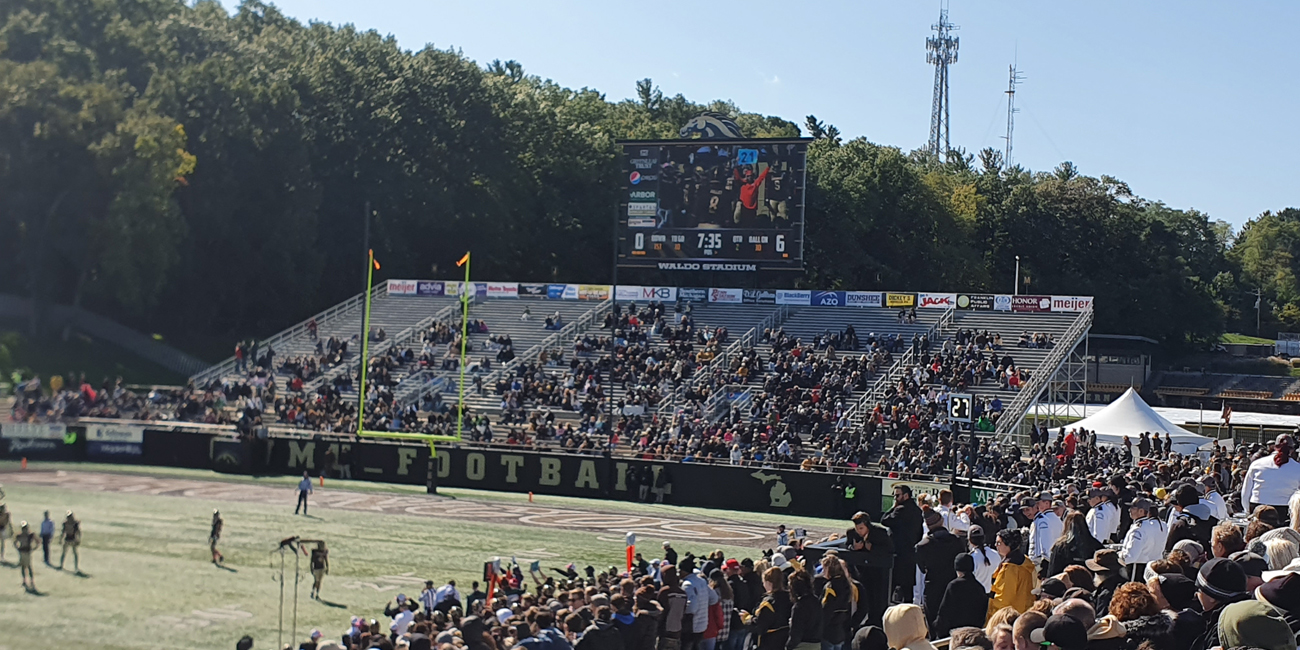 An understatement would be to say that Waldo Stadium is a safe haven for Tim Lester’s 2019 Bronco football team. If one stat had to sum up the Broncos season so far it may be that they are 6-0 at home and 0-4 on the road.

In a season that is showing a high amount of parody atop the Mac West, two losses may very well get you to the Mac Championship game. But if the Broncos expect to get to Ford Field, they will need to overcome their shortcomings of playing on the road.

The loss to Michigan State, and perhaps the loss to Syracuse after losing your star player for the season, may be excusable. But coming out flat and ultimately losing to a Toledo team that has since proven to be very average is not. Nor is falling to Eastern Michigan and their backup QB.

Ohio is also beatable this year, but they are desperate for a win to keep their bowl chances alive. They have a good Sr QB, an offensive scheme that has given the broncos defense problems, and yes, they have home field advantage. Let’s see if coach Lester can turn that glaring stat of 0-4 into a motivating stat. The message should be “let’s prove people wrong”! If they can, and if they beat Ohio, they may be only one more road win away from playing for their second Mac title in four years.

Key to the game: Slow Ohio’s ground game! Including that great running ability of Sr QB Nathan Rourke. This does two things. 1- It stops them from controlling the clock and keeping bronco offensive possessions to a low number. We need to get the ball back into Bellemy’s hands. 2- It makes him put the ball in the air where you can pressure him and force turnovers via interception. WMU’s 11 interceptions rank 9th nationally.

Note: Game time has been moved to 6:30 p.m. It is televised nationally on ESPN2.